What is the biggest questions we are asked from inexperienced Escape Room player’s? That’s a very simple answer. What is the best tip for being good at escape rooms? This is a much more layered question then it seems, but let’s break it down.

You must keep in mind, every escape room you enter is completely different (or should be). Each and every puzzle you encounter should challenge you in a unique way. With that being said, how can I answer the before question asked? Well for me it starts simply with the basics, the locks. If you don’t know how to use them, you’re already behind.

So here are a few of the most common escape room locks you may encounter.

Everyone’s favourite lock! Directional locks are countlessly hated by players, but they’re not that bad. Rather than numbers and letters, it is simply directions. It can only go up, down, left and right, you cannot go diagonally. The most important thing to know about this lock is how to reset it. You do it simply by clicking the top in two or more times. It is also important to know, that the lock can go from 2-16 directions. So don’t just assume it is 4 (as many people do).

Word locks are extremely common in the escape room world. BUT, it is important to know that the code may not always spell a word. We at KeyMasters Escape Rooms typically don’t like spelling words (it prevents hacking). With these locks, the code typically lines up with the word “Master” or with a line. The line may be coloured (but not always), so be aware of the look of the lock. The last thing to remember with this lock is, you need to line it up perfectly straight. So don’t move away from your potential correct code, without double checking it’s lined up right.

The other most common locks in an escape room. They’re pretty straight forward as well. Usually, you need try to line it up with a line or there’s a section where only one number shows.

This lock may be a throw-back for many people to their high school days. But many of the younger generation have never seen a lock like this. Their are 3 steps to enter the code correctly. First, to clear the lock, you turn the dial to the right several times then land on the first number. Then, you go fully around once counter-clockwise to the next number. Lastly, you go right (clockwise) directly to the final number. Pull down and it should open (if you have the right code). Always be sure to try the code twice to be sure you did it right if it doesn’t open.

There are many different types of padlocks, but on this section I want to discuss a specific one. That one is a number or letter padlock (typically brass or black) as the picture above. The reason I want to point this lock out, is because it is different then most locks. Rather than simply pulling down on the lock, you need to push this lock IN, then it opens. The other tricky part is that not all of them line up in the middle. Some have a line at the top of the lock, so make sure you double check where the line is.

This one seems like I shouldn’t have to post it. But almost daily I watch someone try to jam a key into a lock that doesn’t fit. So slide the key in, and turn it to the right. If it doesn’t go in try turning the key around, but it’s possible you have the wrong lock.

Key Pads are usually used as part of the final escape in an escape room. Typically it is a 4-number code and in some cases you may need to hit the # button. They are fairly simple to use, it will usually beep if you enter a wrong code. And when you enter the right one, usually something magnetic will release.

This is one of the more rare locks found in escape rooms. I point this one out though, due to its complexity. You rarely need to push the centre green button. The 4 blue buttons are the most important ones (much like a directional lock). You only need to tap the blue buttons once to indicate the number or letter in that direction. For example: if you code was B-5-D-Z. The buttons would be UP-RIGHT-UP-LEFT. The lock will then flash green when correct. Once it does, pull down. If you enter too many wrong codes the lock will go red. Don’t worry you’re not locked out forever, just about 30 seconds.

Just like anything in escape rooms, you should always double check your work. Make sure the codes line up with the line or the markings it is supposed to. If you’re confident in your answer, get a teammate to try entering it for you. These are just a few of the most common locks in escape rooms. There are some more, but they are less likely to be found. Knowing these locks should give you the basics skills needed to escape a room.

Ready to give the real thing a shot? 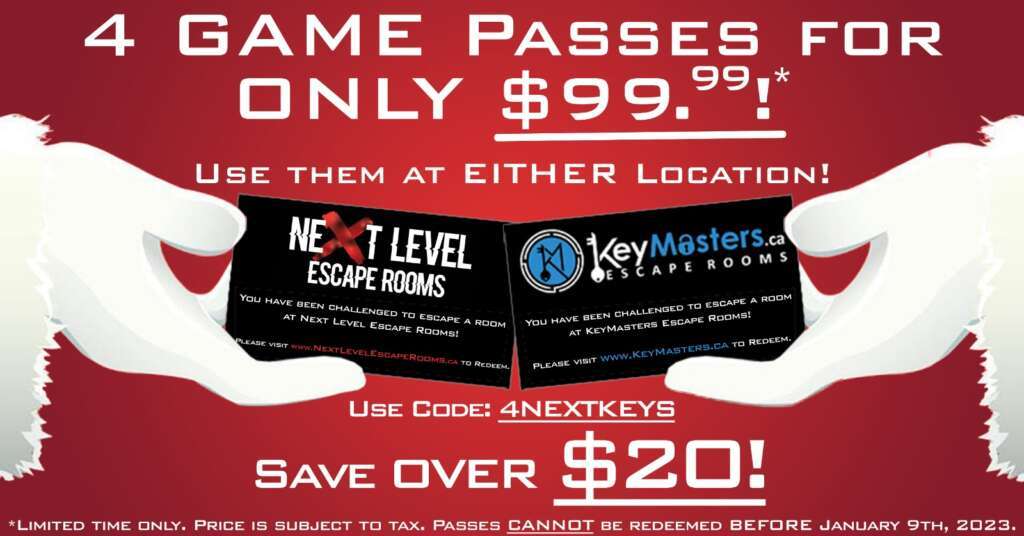